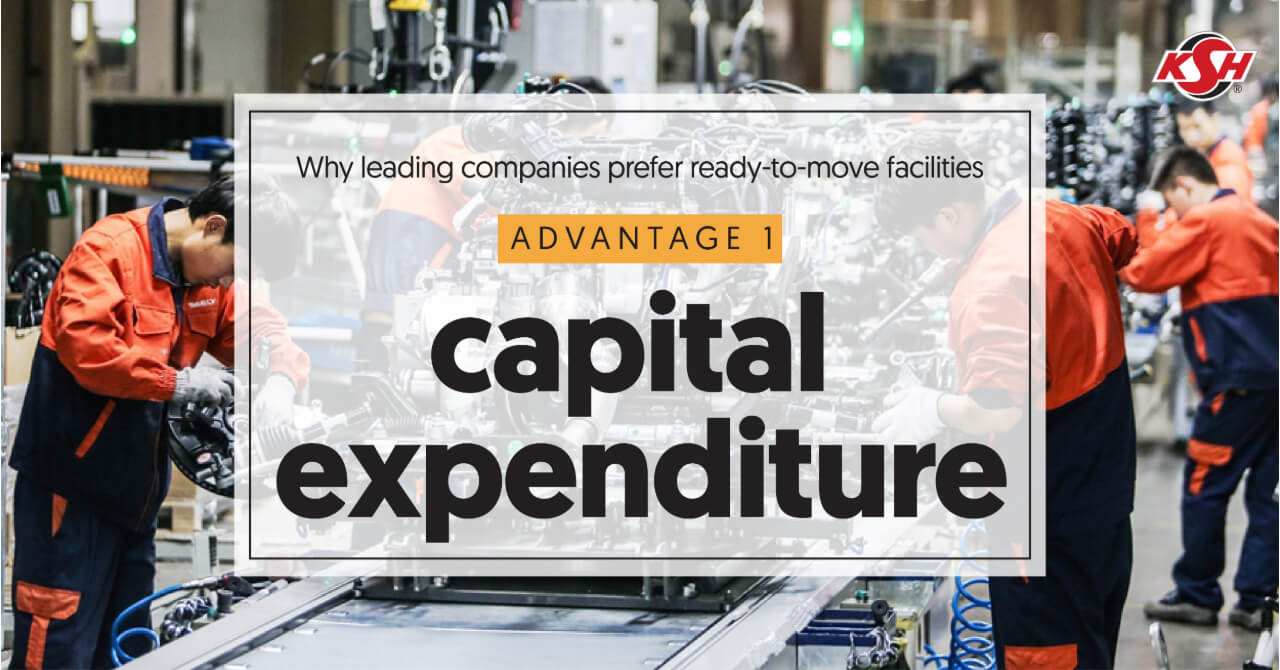 Pune is no alien territory for MNCs. Over the last decade, the number of German companies in Pune have doubled from 150 to 300 with leading names like Mercedes-Benz, Volkswagen and Bosch among them. Pune is a multi-industrial hub dominated by the automobile and ancillary companies. Over the last few years, new sectors like electronics, bio-technology and high-tech manufacturing are coming up rapidly. It is no secret that establishing manufacturing plants, warehouses and associated infrastructure costs exorbitant amounts of money and demands heavy paperwork. Considering these factors, majority of manufacturers, both Indian and global, have opted for the more cost efficient and hassle-free option of renting out ready-to-move industrial spaces.

Let’s explore some of the key benefits of exercising this option.

During the start-up phase of operations, a company’s business plan is always under the clouds of uncertainty. They are generally new to the market/country and hence have little knowledge of how they would ramp up, and to mitigate the unforeseen risks they tend to go for a lease option. Many companies prefer ready-to-move facilities against incurring heavy capital expenditure in the initial years of operations, as it is easier on their balance sheet.

Land acquisition issues are plenty in India and large multinational companies have struggled to get the right land parcel clear of all encumbrances in India. This has been a major pain point for most companies looking to set up operations in India, and hence leasing option is being looked at favourably.

Companies are looking to set up more than one plant, and the concept of setting up mother plants is no longer as prevalent as in the past. Nowadays companies are setting up smaller plants close to the consumer markets. Ramping up operations across multiple leased facilities across a market as geographically diverse as India is also far easier than setting up company owned facilities, due to which they are choosing a leasing option.

Grade-A industrial parks offer global standard features, infrastructure and security. Wealth of A-grade developers in India has given multinational companies more options to choose from, and It has now become the norm for companies to evaluate both leased and owned options when taking decisions.

Smaller multinational companies also prefer going to an Industrial park due to various amenities that are available, and costs being lower as opposed to setting up standalone facilities. The concept of setting up standalone utilities as opposed to using park level ones, also impacts overall costs and multinational companies are now becoming more and more aware of these added features that are available at larger industrial parks. Multi-client facilities offer shared resources that reduce operational costs.

With all the advantages that ready-to-move industrial parks offer, why should a company be burdened by unnecessary expenses incurred in building its own facility? KSH Infra has provided several Grade-A industrial spaces to clients like Kawasaki, Kimberley Clark, JCB, Bosch and many more in Pune, and the numbers are only increasing. 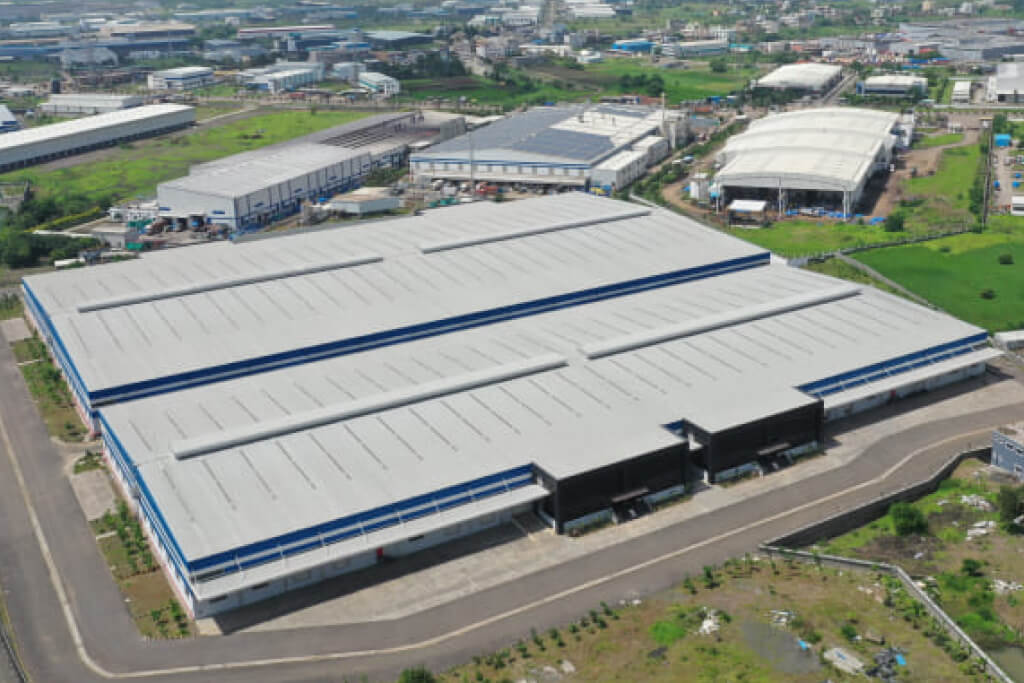 TALEGAON MIDC PUNE, A NEW INDUSTRIAL WORLD IN THE MAKING. Talegaon in Pune is an upcoming industrial and warehousing neighborhood. With close proximity to Chakan,

A COLLABORATION FOR A GREENER WORLD. Rapid development, growing population and urbanization trends are resulting in rapid real estate development across various sectors, be it